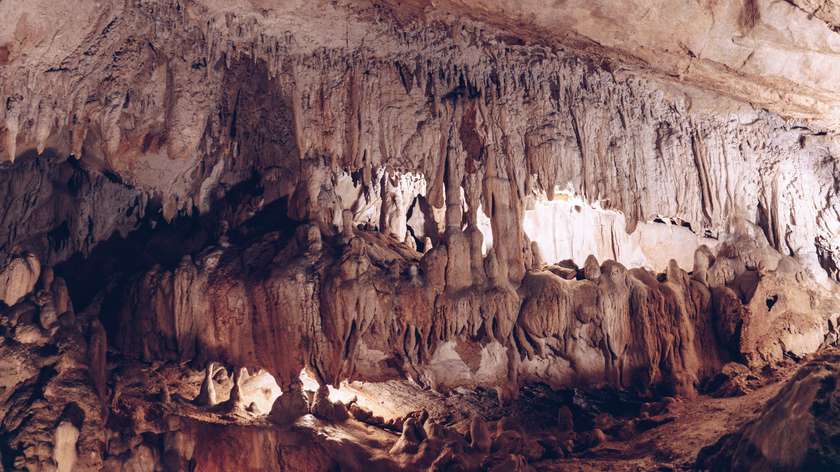 For ten Sundays, the Museum of Architecture and Design will offer guided  tours of the exhibition Faraway, So Close and host creative workshops  for children. Guided tours provide a detailed insight into the working  process of individual groups, in the thinking of the authors, curators  and other experts and creators of this year's Biennale.

Guided tour of the exhibition will be hosted by Maja Šuštaršič, head of biennial and Marin Medak, who was the profile of the episode New Heroes and will give us more insight into groups's at this year's Biennial.

The guided tour of the exhibition will be followed by a visit to Mayor’s Cave near Grosuplje, where you'll experience audio-visual installation by Dan Adlešič, who participated in the episode Underground Release.

→ 11.00
Guided tour of the exhibition Faraway, So Close with Maja Šuštaršič, head of biennial and Marin Medak, who was the profile of the episode New Heroes
→ 13.00
Bus transport: museum parking lot to Mayor's Cave, with expected return to the museum at 16.30.

*Guided tours are in Slovene. English tours are possible for larger groups (10+) and must be confirmed at least five workdays in advance (izobrazevanje@mao.si)

Entrance fee to Mayor's Cave with a 15% discount for Faraway, So Close  exhibition visitors: 7 € for adults, 5 € for schoolchildren.
Sunday workshops and guided tours in MAO are free of charge!