Pavillion next to Workers cultural centre
Utopia is connected to the idea of a potential perfect society as well as to the invention of collective desire pushed as close as possible to the realm of reality. In the case of the first definition, Yugoslav visions of utopia entered the domain of the real: the will toward a radically different world made possible the creation of a new state and a new social subject, put into effect by the realization of the socialist society. At the same time, the process of modernization transformed the constructed environment and society at large. The state, through a blend of utopia and pragmatism, also constructed the common desire of the community. Finally, the concept of self-regulated society led by the working class became the engine of the development of urban and rural territories in Yugoslavia, among them Trbovlje – the town that provides the case study for the team of designers and architects. Nestled in a valley surrounded by mountains, Trbovlje, with its coal mining tradition, was one of the first industrialized regions in Slovenia. The collapse of Yugoslavia and the rise of the ideologies of capitalism and privatization caused the collapse of the industrial model of the factory as a productive platform for wellbeing and social efficiency. Mines closed, leaving behind massive industrial infrastructure, high levels of unemployment, and nostalgia understandably became a social disease. In the absence of any meaningful utopian ideas today, how can design access instances from the past that carry meaning while also avoiding naïve optimism? Instead of imagining an ideal vision for the future, the episode After Utopia examines the present and the hidden realities of the post-industrial town of Trbovlje. 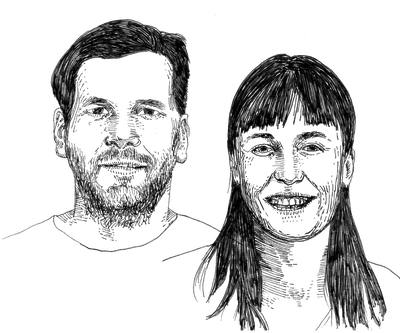 In 1993 a choreographer, teacher and dancer Iztok Kovač established the international dance company En-Knap in Leuven, Belgium, under the wings of the Klapstuk Festival; a year later the group moved its headquarters to Ljubljana, where he established EN-KNAP Productions. After 14 years of project-based work, Kovač founded in 2007 the international dance company EnKnapGroup, the first permanent ensemble for contemporary dance in Slovenia, which began working on a repertory basis. Two years later EN-KNAP Productions was entrusted with the management of the Španski Borci Cultural Centre in Ljubljana, where Kovač is the artistic director and programr of the domestic and international program. In addition to 32 of his own projects, artistic direction and pedagogical work, his opus also includes six dance films. Kovač has received numerous domestic and international awards for his work.

Point Supreme Architects was founded in Rotterdam in 2008 by Konstantinos Pantazis and Marianna Rentzou and is now based in Athens. After studying in Athens Konstantinos Pantazis did a Master of Excellence in Architecture at The Berlage Institute Rotterdam; Marianna Rentzou did a Master of Architecture at the Bartlett School of Architecture in London, followed by further studies at the Design Academy Eindhoven. Their work integrates research, architecture, urbanism, landscape and urban design and includes self-initiated projects for the city. They exhibited at the Venice Biennale in 2012, were named among the 20 most influential personalities in Greece by the biggest Greek daily, and are included in Wallpaper magazine's Architects Directory for 2015. “Athens Projects”, a book dedicated to their work, was published in 2015. They are currently building projects in Athens and on the Greek islands.

Just what is it that makes today's Trbovlje so different, so appealing?
billboard, Trbovlje
Ground Action

The installation set in MAO and designed by Point Supreme architects includes:

The After Utopia Critical Set
Salottobuono